A small contribution to the victory: Schmersal provided technical support for a young team from the Technical University of Munich, Germany, that was taking part in a project called “Not a Boring Competition”. This competition was launched by Elon Musk, the legendary American entrepreneur, co-founder of PayPal, founder of the space company Space X and currently the builder of the Tesla plant in Germany.

The aim of the competition was to build the fastest and most precise tunnel boring machine in the world to implement new mobility concepts, such as the Hyperloop concept. Almost 400 competitors from all over the world took part in the challenge.

The team from the Technical University of Munich - "TUM Boring" -, which includes 60 students, developed a drilling machine in which position switches from Schmersal were also used. The finished machine, which weighs a total of 22 tons, was transported to Las Vegas, where the final of the competition took place in mid-September this year.

The result is now clear: the winner is TUM Boring with a 22-meter-long tunnel bore.

We warmly congratulate the team and are proud to have made a small contribution to this great victory. 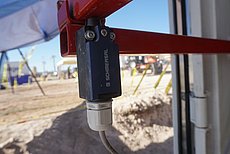 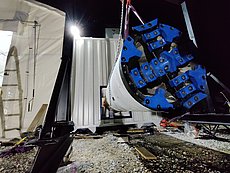